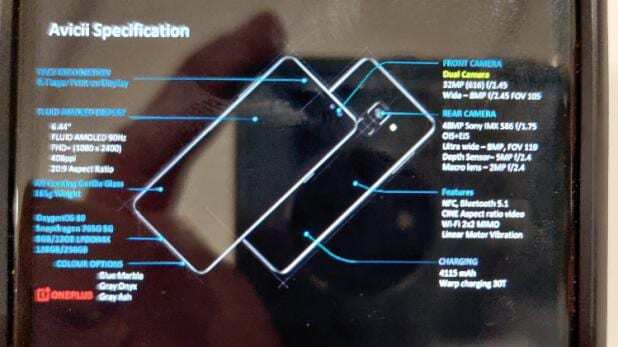 OnePlus Nord Specs Leak- This smartphone will be launched in India on 21. This will be the company’s mid-range smartphone. Its specifications have been leaked.

Evan Blass has shared almost all the specifications of this smartphone. This leak looks like a virtual Nord training presentation. The company will launch this phone in three color variants – Blue Marble, Gray Ash and Gray Onix.

According to this leak, a 6.44-inch AMOED display will be given in OnePlus Nord and a 90Hz refresh rate option will also be available with it. Aspect ratio will be 20: 9.

OnePlus Nord can be launched with two variants. These will include 8GB RAM and 128GB storage, or 12GB and 256GB storage. The battery of this phone will be 4115mAh and it will also have 30 W fast charging support.

In this leak, it has been claimed that the phone will be launched with four rear cameras. It will have a 48-megapixel primary camera that uses the Sony IMX586 sensor. Optical image stabilization will be given in it.

Apart from this, an 8 megapixel ultra wide lens will be given. It is expected to have a 5 megapixel macro lens and a 2 megapixel depth sensor. The design has also been estimated from this leak.

OnePlus Nord will have dual front camera for selfie, one of which will be 32 megapixels and the other will be 8 megapixels. The rear camera setup is vertical and in the center.

Related Topics:informationlatest updates
Up Next

Amitabh Bachchan’s family will also have corona test, Big B wrote this in tweet

Why Is Purav Jha A Trending Name In YouTube World? Read Ahead 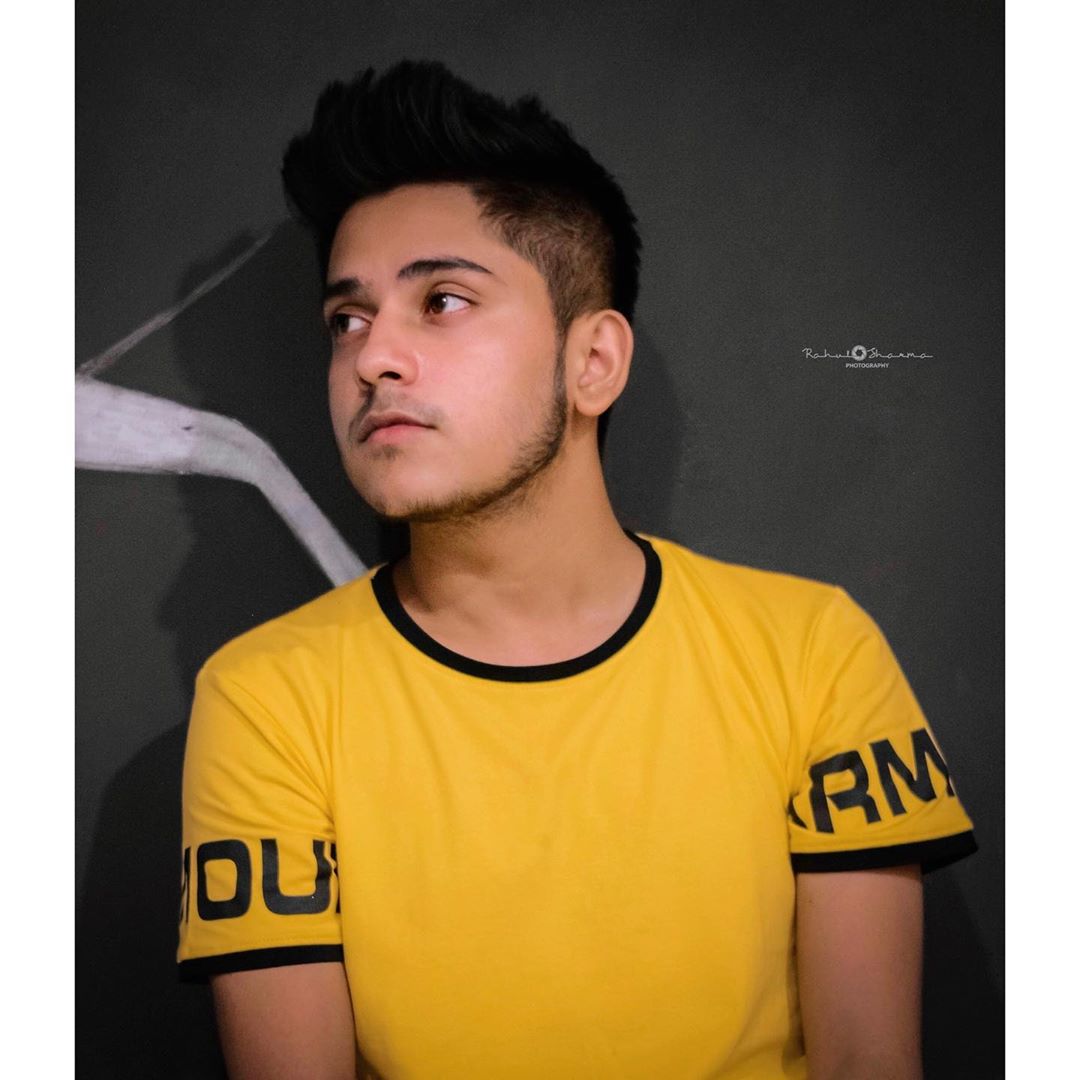 Purav Jha was born Badarpur, New Delhi on 20 May 2001 is a public figure and a YouTuber. He is working with Harsh Beniwal who is one of the biggest YouTubers of India with more than 10 million subscribers.

He was born and brought up in New Delhi and completed his schooling there and currently he is pursuing his Graduation from there.

Purav has been interested in acting and drama since his early ages. He used to entertain his school friends with his comic timing and acting skills. His first video on youtube was on the channel of Garvit Pandey in December 2018 and as a debutant, his video got more than 400K views which proved his talent on digital media. This video was named as TUITION DIARY. 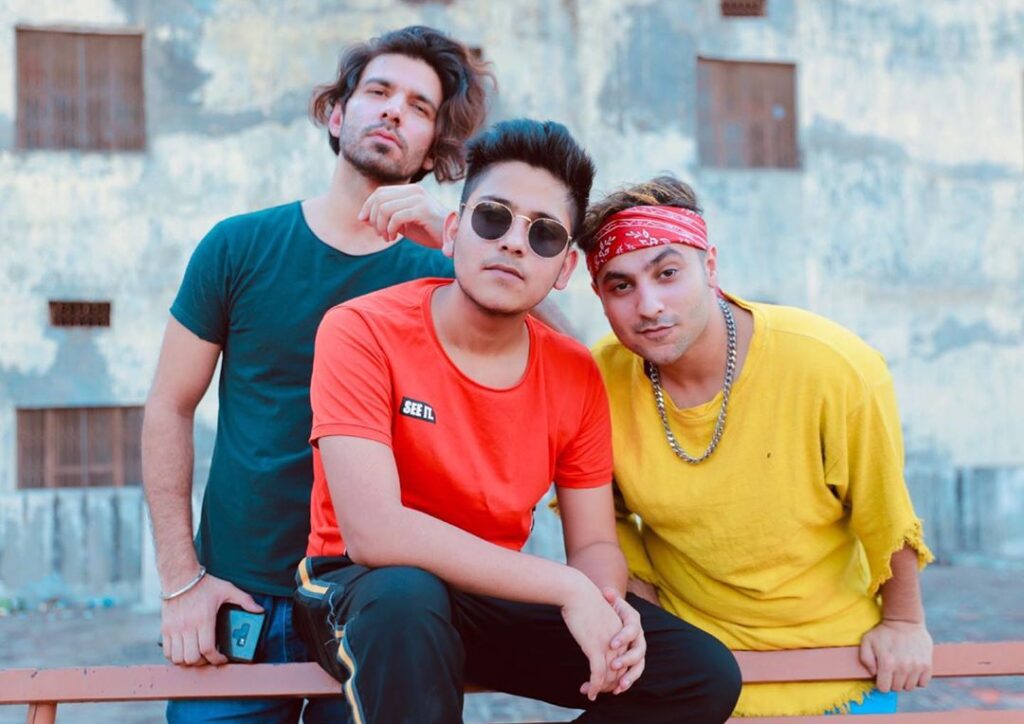 Later he met Harsh Beniwal who was among the fastest-growing YouTuber at that time who made comedy videos and started working with him as support actors in his videos. On his channel, he made his debut from the video named as School PTM which was uploaded in January 2019 and it got more than 20 million views. He proved his acting skills once again in this video.

Being an innovative mind he also started writing scripts for Harsh Beniwal. As time progressed he became one of the most crucial members of Team Harsh Beniwal. He also works with other YouTubers such as Mohit Chhikara and Pratishta Sharma. One of his most famous videos with Harsh Beniwal is PUBG With Pariwar which has more than 25 million views on youtube. In this video, he played the role of the son of Harsh Beniwal and this is one of the most appreciated works of him. Being a social media influencer he has more than 100K followers on his Instagram account. He admires other YouTubers such as Carryminati and BB ki vines. 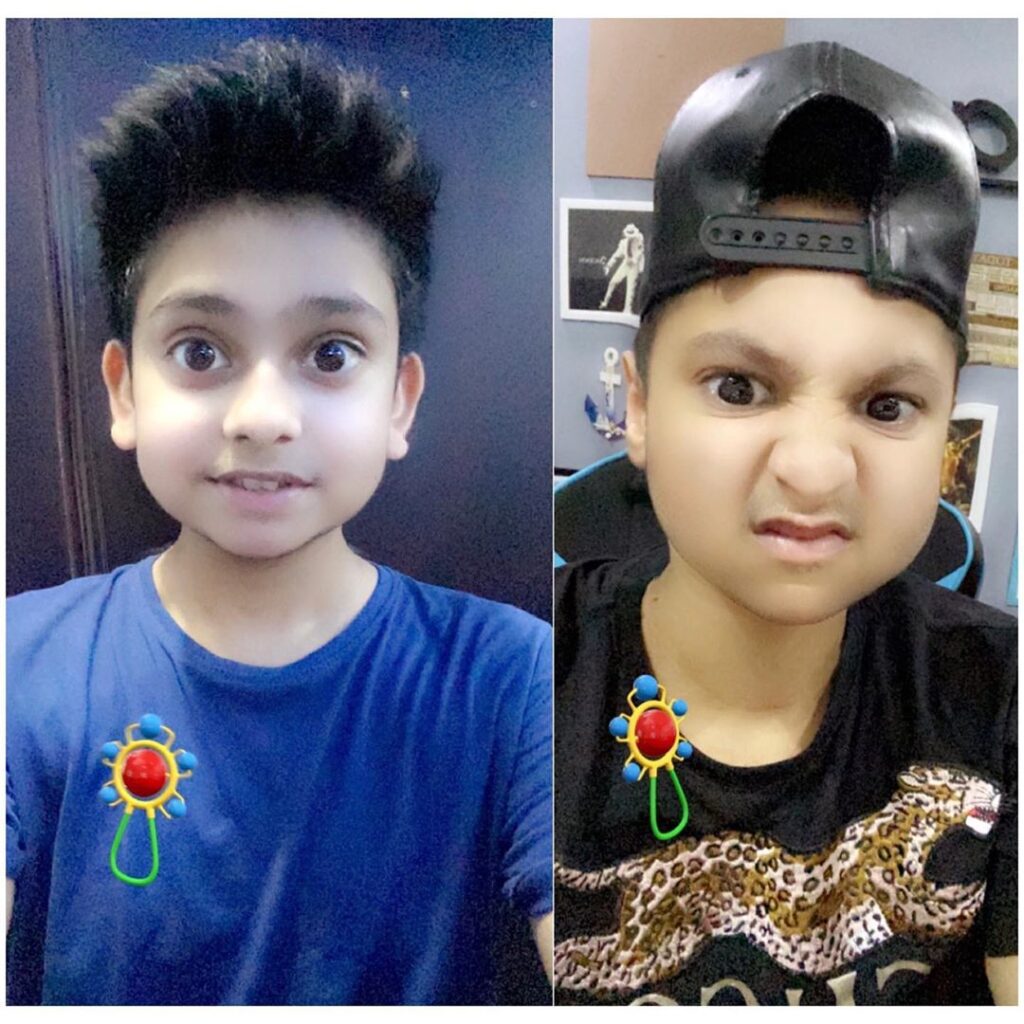 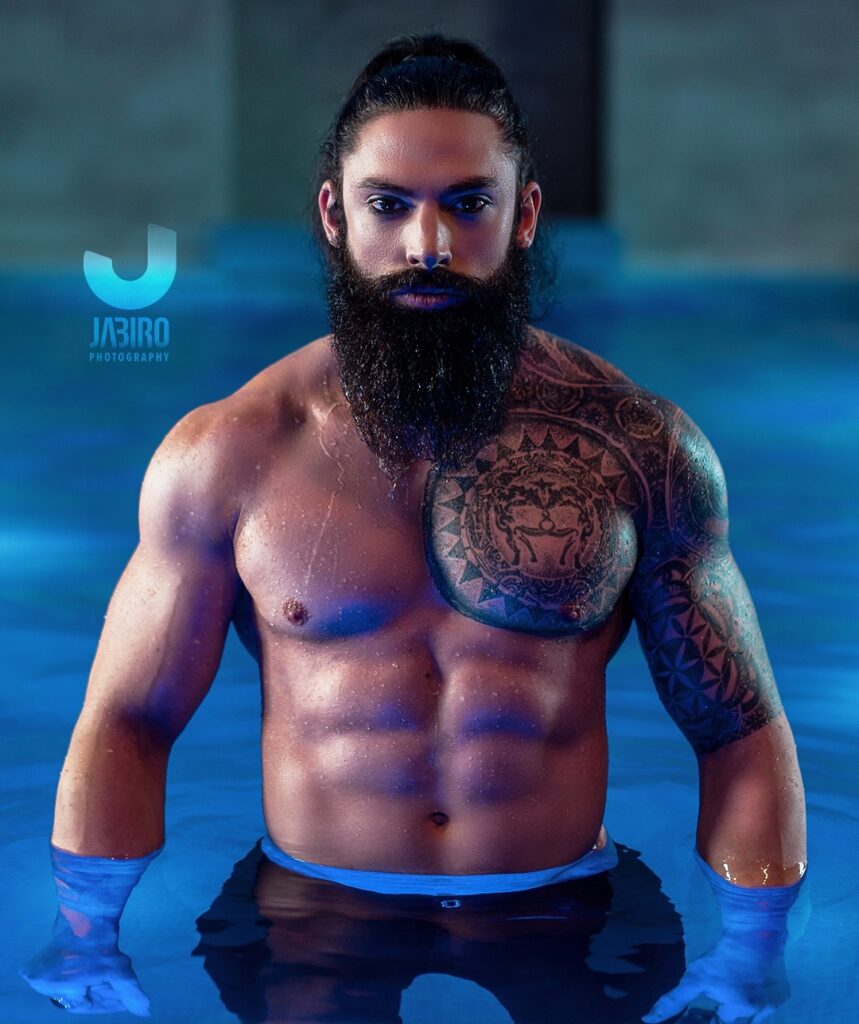 An actor, model, entrepreneur, dancer, motivational speaker, CEO of Michigan Academy, he is David Michigan. He has more than 10 million people following him on social media and more than 150,000 subscribers for his academy from all over the world.

He is not like some regular motivational speaker who will give you some temporary motivation tips and then will leave on your own. He is one of his own kind and will make you believe in you and make you do things that will bring change in your life for sure.

He is an ambassador of mental and physical health and is working with youths to make them gain control over their mental framework. Being himself a fitness expert, he better understands the need for much better and else is required for someone’s mental peace. He is an internationally reclaimed entrepreneur. 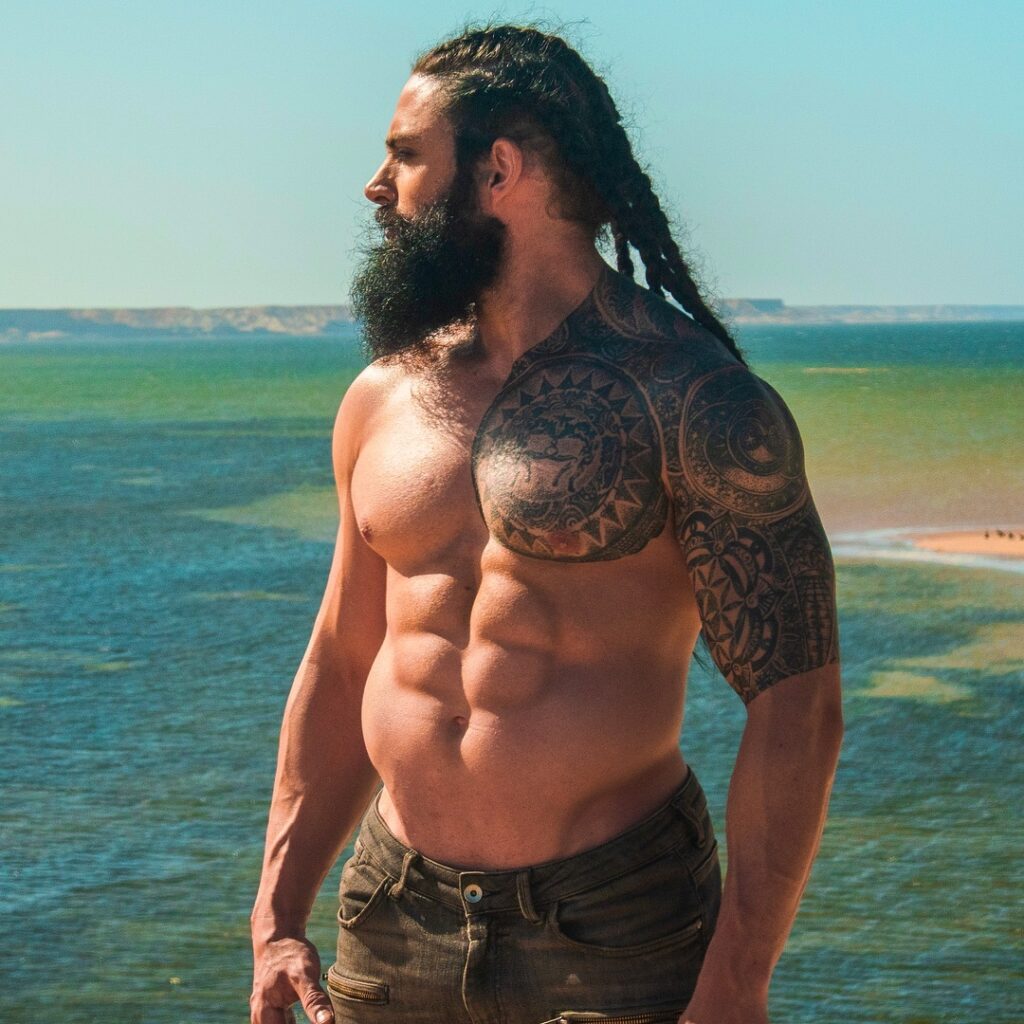 One of his most known achievements is the founding of Michigan Academy. It is an online forum or you can say that an online academy which has an ocean of information regarding mental and physical well being.  He started this organization with a thought that mental and physical health of a person does not remain disconnected. In his online academy, he has created a separate corner for depression, anxiety, OCBs and has a separate corner for sports, fitness, exercise and diets that are necessary for physical well being. Apart from this, he has a lot of contents related to finance, housing and employment.

Talking about his achievements, he has been chosen as the Jury President of Miss Tattoo France in 2018, in 2019, he was on the cover of the most sold magazine named “Men’s Fitness”. In 2020, he was gonna be the President of the Jury of Miss Tattoo Belgium, Netherlands and Luxembourg.

With a movie made of him and with a huge amount of following everywhere and such achievements David defines success. A girl riding a bike in India is not a usual thing. It’s a stereotype in our country that only men can ride bikes. But, Priyanka Kochhar was way beyond this stereotype. She became famous just because she rides superbikes and shares her stories on social media like Instagram and YouTube.

Priyanka Kochhar is a professional bike racer and she is just nothing more than Inspiration for her female fans. She was born and brought up in Pune, Maharashtra and completed her graduation from Symbiosis University. At the age of 16, she first rode a motorcycle and from then there is no stopping back. She is not just a biker but she is also a professional racer and one of her own kind among her circuit in Pune. Her racing career started back in 2016 when she joined TVS Apache’s women racing campaign and then she continued her passion for race tracks.

She has won many MotoGP races across the globe. Her first title was in 2018 where she won her first national-level podium in the National Motorcycle Championship that was held in Chennai.

Not just a professional racer or a traveller, she is also a model by profession who can make you go crazy by her looks at a time and can drive you crazy by her superbike rides in another go. She also had collaborations with many big international brands and she is represented by TFM models India and Wilhelmina Thailand.

She made videos related to her biking rides and races all over the world.

She has been too dangerous roads like Ladakh and has represented India in the racing field in countries like Croatia and New Zealand.

From riding small bikes like Apache RTR, Pulsar 180 in her initial riding days to riding superbikes like Ducati Panigale, BMW Motorrad S1000r, MV Agusta F44, KTM Duke 250, Triumph Street Triple RS which is one of her favourite bikes and many others, she has experienced that racing is much more exciting as compared to touring and she loves to do short rides on her superbikes.

On her Instagram account, videos in which she captures reactions of her grandmother by making her accelerate her superbikes and also video in which she took her mom on superbike for grocery shopping went viral and was loved by everyone.

Recently, she tied the knot with her long time Boyfriend Rishaad whom he met at an F1 race on Buddh Circuit in Delhi.

Her aim is to prove this male-dominated society that there is nothing that women can not do what men can do.