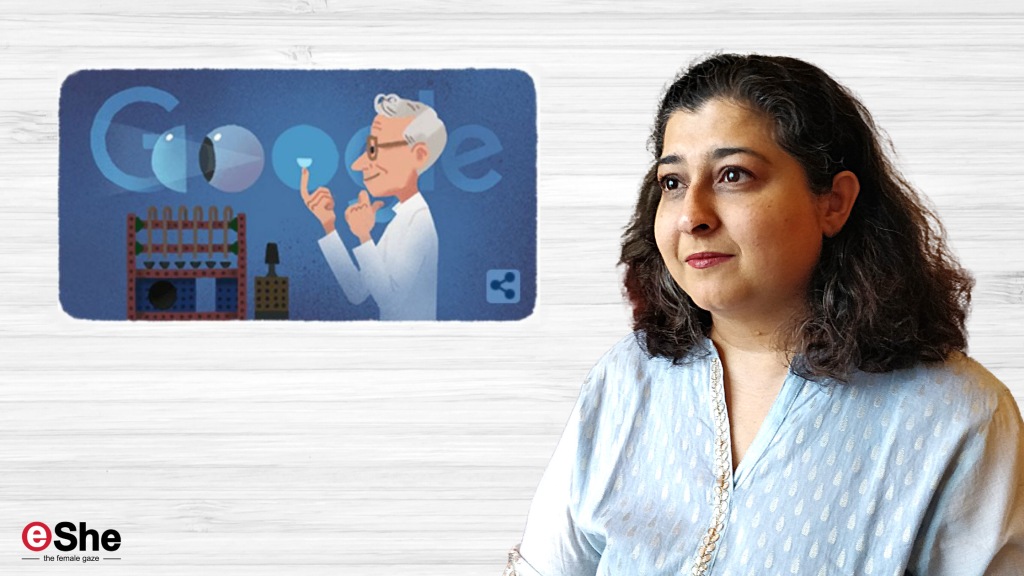 Aekta Kapoor is the founder of eShe, a New Delhi-based monthly magazine, and blog that promotes women’s perspectives and tales about our common humanity. eShe has formed the charity South Asia Union and holds peace summits organized by women from around the world to examine options for peace in South Asia.

She spent 15 years in the media industry, working as the managing editor of Harper’s Bazaar Bride, leading the fashion 101 team at Dainik Bhaskar, and Marie Claire, among other publications. She eventually realized, however, that these magazines were perpetuating unachievable beauty standards for women and fueling the male gaze. eShe began as a personal blog, but she wanted to create a magazine that would inspire and promote women who were making a difference in the world.

Aekta launched the South Asia Union Summit Led by Women in October 2021, putting women in the spotlight and leading the way in peace-building between India and its neighbors. Around 45 women from around the world will gather to discuss topics such as world peace, women’s leadership, and a humanistic approach to conflict resolution, among other things.
The SABERA Awards 2020 and 2021, The Economic Times SDGs Summit 2020, and the Women Economic Forum 2017 all have eShe magazine as a media partner. Content aggregator Feedspot has ranked it 20th among the top women’s magazines in the world. Money Control syndicates eShe articles, which reach millions of readers around the world every month.

Aekta has also given guest lectures at IIM Ahmedabad and various other media and fashion universities in Delhi, Jaipur, and Bhopal, among other places. She is the author of ‘100 Paths,’ a spiritual memoir, and the editor of ‘Everything Changed After That: 25 Women, 25 Stories,’ a collection of short stories.

Changing The Scenes Of Women Jeans and most importantly the pockets with Pockets13, Jayalakshmi Ranjith 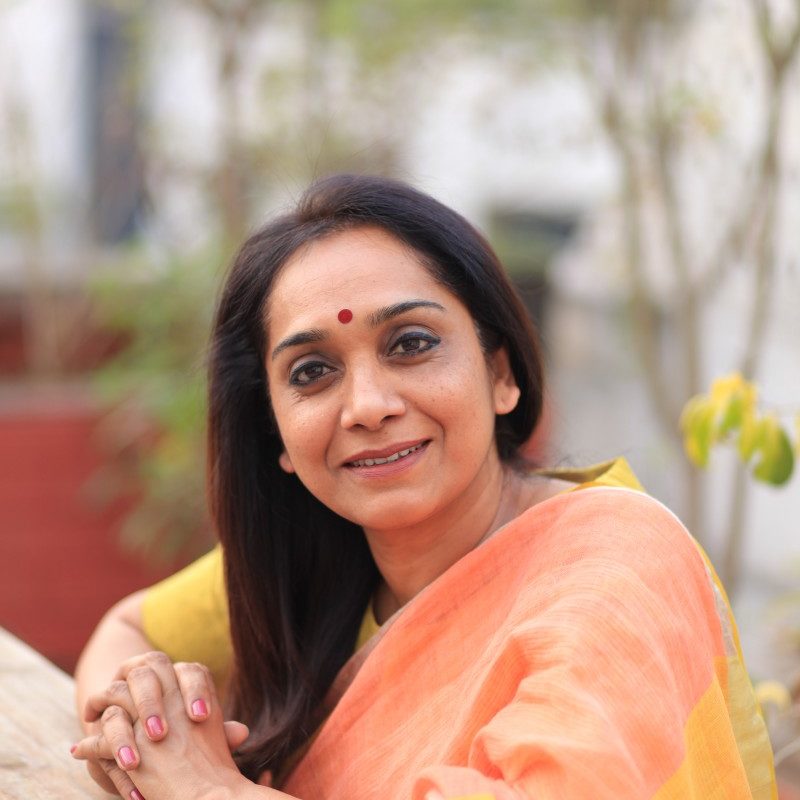 Sudha Menon is a columnist, author, and writing coach. ‘Recipes For Life,’ Feisty at Fifty, Legacy: Letters to their Daughters from Eminent Indian Men and Women, Gifted: inspirational stories of people with disabilities, Devi, Diva or She-Devil: The Smart Career Woman’s Survival Guide, and Leading Ladies: Women Who Inspire India are among her six nonfiction books. Her books have been translated into Marathi, Hindi, Malayalam, Kannada, Bengali, and Tamil, among other Indian languages.

Sudha grew up in a hamlet near the railway tracks in suburban Mumbai, where her father worked as a railwayman and philanthropist labor leader. Sudha and her three siblings had local fruit instead of lavish restaurant meals, as well as a strong love of reading from their father, who was a voracious reader who frequented ancient bookstores and wayside booths alike.

She opted to pursue her second passion of writing a book after more than 20 years as a journalist at The Independent (Bennet Coleman& Co), The Hindu Business Line (Kasturi& Sons Lt), and Mint (HT Media). Her debut book, Leading Ladies: Women Who Inspire India (42Bookz Galaxy), was published in late 2010 and chronicles the amazing journeys of some of India’s most admired and talented women.

She is the founder of the writing workshop series Get Writing, which helps people realize their dreams of becoming writers. She’s also the founder of Writing with Women, a writing program that brings together women from various backgrounds to share their stories and share their experiences. She is also the brains of Telling Our Stories, a project in which she assists Pune senior folks in writing their stories, many of whom had observed and even participated in the liberation movement.
Sudha is also a motivational speaker who travels the country giving inspirational seminars and women’s leadership sessions to businesses, educational institutions, and non-profit organizations. She has spoken at events such as TEDx Pune 2013 and TiECon 2017’s Women’s Conclave, among others. She was a guest speaker at Pilani’s annual literary festival, BITS, in early 2018.

Changing The Scenes Of Women Jeans and most importantly the pockets with Pockets13, Jayalakshmi Ranjith 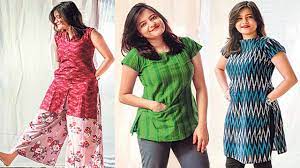 Sexist beginnings can be found in the pockets of women’s jeans. Entrepreneur Jayalakshmi Ranjith, on the other hand, is facilitating a bottom-up transformation in fashion by designing clothes the way women want them to be designed: without traditional industry sizes and with functional pockets.
Jayalakshmi, an agricultural engineer and communication specialist, left her job in February 2020 to take a holiday. Then came the COVID-19 outbreak and associated lockdowns, which prompted the creation of Pockets13, an Instagram-based small business that specializes in customizing women’s garments with “useful pockets.” “Women’s pockets have been one giant sham for far too long,” the entrepreneur emphasizes the word “useful.”

Men’s clothing has been meant to be utilitarian for centuries, with pockets serving a specific purpose and function. Pockets, on the other hand, have a problematic history in women’s apparel, as their designs have teetered around fashion sensibilities. Pockets13 is entering the market as a competitor to a number of international and domestic commercial companies that continue to follow the fashion industry’s standard when it comes to women’s pockets. This has also aided in the formation of a type of community among the women, who are simply grateful for working pockets.
Customers can choose from design templates, request any customizations they need, send a basic measurement of breast, hip, and length, and if possible, a sample image when working with a local tailor. The tailor then gets to work and completes the order in two to three weeks. 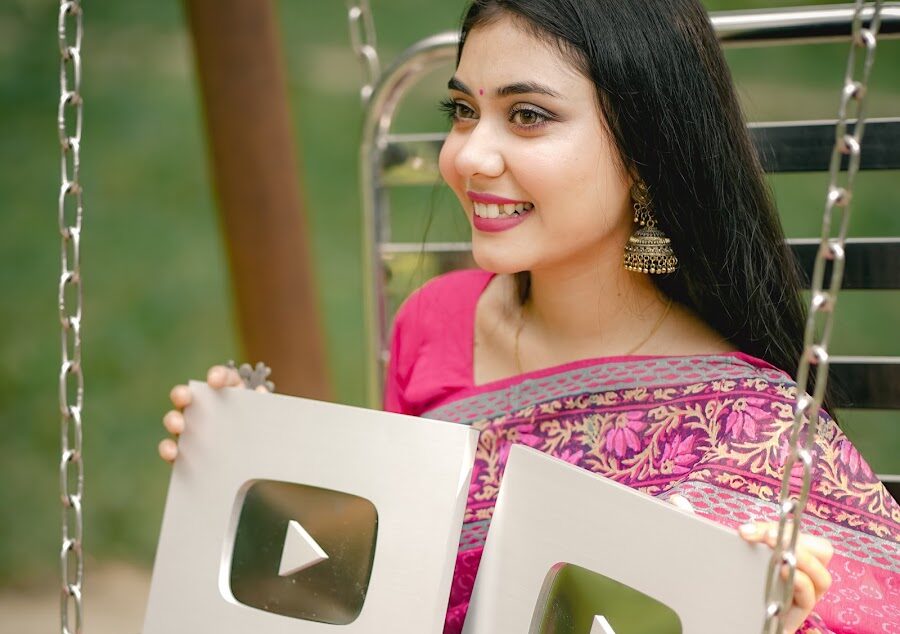 Noureen Afrose Piya is a young entrepreneur who established a business at a young age. She had aspirations of becoming a model when she was younger, but as she grew older, she changed her mind. Then she envisioned herself as an entrepreneur. With this target in sight, she is now gently creeping forward. She’s also a content creator, which is one of her other personas.
She created the internet fashion firm ‘Arts Of Piya’ at the age of twenty, where she designs her own outfits. Aside from that, company also produces herbal cosmetics using a variety of organic components from both domestic and foreign sources. Its hair oils and wraps aid in the prevention and reduction of hair loss. Her two initiatives receive a positive response in a short period of time.
She fantasises about becoming a successful female businesswoman. She made the decision to become an entrepreneur and start a firm at the end of 2018. She is a highly self-reliant young lady who desired to forge her own identity without the help of her family.
Noureen believes that people can achieve whatever goals they set their minds to. If the intent is sincere, the Creator will guide it to success. She wants to blog as well, and she will make every effort to continue the content creator’s job. At the same time, she is content to participate in a variety of social events and to help others.